skip to main | skip to sidebar

Rachel Corrie (April 10, 1979 – March 16, 2003) was an American member of the International Solidarity Movement (ISM) who traveled to the Gaza Strip during the Second Intifada. She died close to the border with Egypt while trying to obstruct a Caterpillar D9 armoured bulldozer, operated by the Israel Defense Forces (IDF).
On January 18, 2003, Corrie traveled to the Gaza Strip, where she attended two days of training in non-violent resistance and serving as human shields. Through February and March, according to ISM activists and e-mails Corrie sent to her family, she took part in a mock trial of George W. Bush; a demonstration as part of the February 15, 2003 anti-war protest against the war in Iraq, where she burned a paper U.S. flag; and helped to occupy the area around local wells, an operation designed to protect the wells and Palestinian workers from the IDF, according to the ISM.

In e-mails to her family, Corrie described what she witnessed and expressed her frustration over it. On March 14, 2003 in an interview with the Middle East Broadcasting network, she said: "I feel like I'm witnessing the systematic destruction of a people's ability to survive ... Sometimes I sit down to dinner with people and I realize there is a massive military machine surrounding us, trying to kill the people I'm having dinner with.
The following account is from Joe Carr, an ISM activist from Kansas City, Missouri, who used the assumed name of Joseph Smith during his time in Gaza.

"[Between 13:00 and 13:30, activists] noticed that two Israeli Army bulldozers and one tank [had] entered onto Palestinian civilian property near the border and [were] demolishing farmland and other already damaged structures. The military machine was severely threatening near-by homes, so the 3 activists went up onto the roof of one home, and then called for others to come.
"[Between 13:30 and 14:00], I arrived, and one of the three activists at[sic] the house joined me on the ground ... [W]e began to disrupt the work of the bulldozers ... At this point, Rachel and the two other activists joined us ... Rachel and a British activist were wearing jackets that were fluorescent orange and had reflective stripping [sic] ... [Between 14:00 and 15:00], Rachel and two other activists began interfering with the other bulldozer, which was attempting to destroy grass and other plants on what used to be farmland. They stood and sat in its path, and though it would drive very close to them, and even move the earth on which they were sitting, it always stopped in time to avoid injuring them ... [Between 15:00 and 16:00], one bulldozer pushed Will, an American activist, up against a pile of barbed wire. Fortunately, the bulldozer stopped and withdrew just in time to avoid injuring him seriously, but we had to dig him out of the rubble, and unhook his clothing from the wire. The tank approached to see if he was ok. One soldier stuck his head out of the tank to see, and he looked quite shocked and dumbfounded, but said nothing ...

Corrie immediately after being injured"[Between 16:45 and 17:00], [o]ne bulldozer, serial number 949623, began to work near the house of a physician who is a friend of ours ... Rachel sat down in the pathway of the bulldozer ... [It] continued driving forward headed straight for Rachel. When it got so close that it was moving the earth beneath her, she climbed onto the pile of rubble being pushed by the bulldozer. She got so high onto it that she was at eye-level with the cab of the bulldozer ... Despite this, he continued forward, which pulled her legs into the pile of rubble, and pulled her down out of view of the driver ... We ran towards him, and waved our arms and shouted, one activist with the megaphone. But [he] continued forward, until Rachel was underneath the central section of the bulldozer ... Despite the obviousness of her position, the bulldozer began to reverse, without lifting its blade, and drug [sic] the blade over her body again. He continued to reverse until he was on the boarder [sic] strip, about 100 meters away, and left her crushed body in the sand. Three activists ran to her and began administering first-responder medical treatment ... She said, "My back is broken!" but nothing else ..."
Joe Smith said: "Rachel had two options. When the bulldozer started to dig in the dirt pile, the pile started to move, and she could have rolled sideways quickly or fallen backwards to avoid being hit. But Rachel leaned forward to climb to the top of the dirt pile. The bulldozer's digging drew her downward, and its driver could not see her anymore. So without lifting the scoop, he turned backward and she was already underneath the blade."

"The bulldozer built up earth in front of it. Its blade was slightly dug into the earth. She began to stand up. The earth was pushed over her feet. She tried to climb on top of the earth, to avoid being overwhelmed. She climbed to the point where her shoulders were above the top lip of the blade. She was standing on this pile of earth. As the bulldozer continued, she lost her footing, and she turned and fell down this pile of earth. Then it seemed like she got her foot caught under the blade. She was helpless, pushed prostrate, and looked absolutely panicked, with her arms out, and the earth was piling itself over her. The bulldozer continued so that the place where she fell down was directly beneath the cockpit. I think she would have been between the treads. The whole [incident] took place in about six or seven seconds," (Mother Jones, Sept-October 2003). 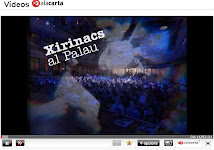 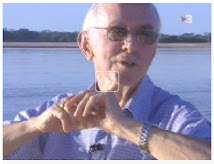 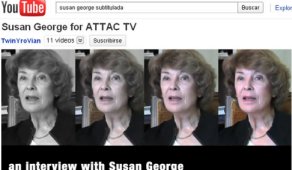